Peter James West is a British author who was born and raised in the seaside town of Scarborough, England. Writing since 2003, he has rediscovered the world of fiction and worked on a number of manuscripts across the genres of science fiction, horror and psychological thrillers.

Peter is currently working on Augmented, book 5 in the series Tales of Cinnamon City.

Tales of Cinnamon City is a Science fiction and fantasy series set in the rich, deep world of Megarothia.


Information Cloud is the first novel in the series, mixing elements of military science fiction, adventure and hi-tech action with an epic tale that travels through a vast land. After the Iridium Wars, a cataclysmic event that killed the vast majority of Megarothia's human and animal populations, the planet has been left to ruin. Only Lord Hades, the Techno Prophet, foresaw this event and was able to save a few thousand survivors beneath a powerful structure that became known as the Dome Shield. Major Rachel Henson is a soldier in the Security Forces, a military organisation that now governs the fragmented land. She's combat trained, and highly effective, but it's becoming increasingly obvious that there's something very wrong with her. She isn't like other people, and she's developing a reputation for being more capable than anyone can explain. Lord Hades has been absent for many years, driven to desperation by his tormented visions of the Second Black Day. He fears that technology will be the end of man, but whatever he tries, he is powerless to stop the factions of the Orange Zone from destroying each other. The race is on to create ever more disturbing machines to win yet another war.

5 STARS - Michael Hinton
Great characters and technology support a good plot. Well written and convincing this is a great start to what is undoubtedly a brilliant series


5 STARS - Zinger
West paints a thoroughly believable picture of a world interconnected through information. As security is breached, technology by-passed or stolen, the superficial tranquility of Cinnamon City is torn by momentous upheaval, massive robots, thundering machines of destruction, threats of annihilation and lots of regular old bloodshed.

Cinematic in its scope, West crafts a world that allows a reader's visual imagination run riot, amongst massive explosions, thundering machinery, thousands of foot soldiers whilst introducing very human characters that are humorous, venal, avaricious and, above all, believable.

5 STARS - Carol, South Africa
What's great book! I do not normally enjoy post apocalyptic stories, but I really could not class this as one. It was more of a futuristic view of the future. Technology, food, security for The people and otherwise pretty normal lives for most citizens, except those of the security forces. The book started with a run, then slowed briefly to introduce important new characters and then blitzed away again. The characters were well developed and either like-able or extremely hateful, which made for an exciting read, rooting for your favourites. The book was well written and flowed seamlessly from one chapter to the next, making it impossible to put down at any point. The technology created in the book for the battles was mind boggling and frightening. The human is capable of terrible cruelties towards what they consider lesser beings. I am really looking forward to the next book. Really hope I don't have to wait too long. I really need to know what happens next!!! 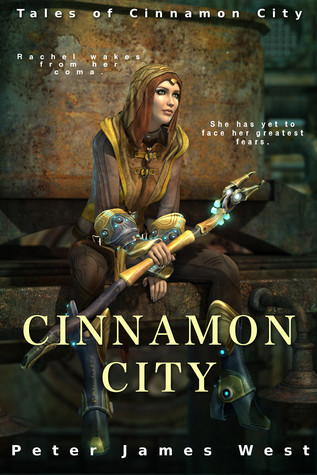 Cinnamon City is the second novel in the series, mixing elements of military science fiction, adventure and hi-tech action with an epic tale that travels through a vast land. After a short coma, Rachel wakes up under mysterious circumstances. She works hard to recover her fitness, but when she finally returns to Central Command, she finds that many things have changed in her absence. Gail Thompson has been exiled, and Lord Hades has appointed a new leader of the Security Forces. Rachel must prove herself like never before. She hunts down new Kamari bases, and enlists the help of the Implants, but strange things keep happening to her, and she still doesn't understand why. Only Lord Hades knows what's really going on, but the price of listening to him may be too great to bear. Time is running out. Rachel must find the traitors amongst them and help make Central Command stronger than it has ever been before. Meanwhile, the guilds demand to see the Council of Lords. When their prayers are finally answered, they discover just how little they know about their absent masters. 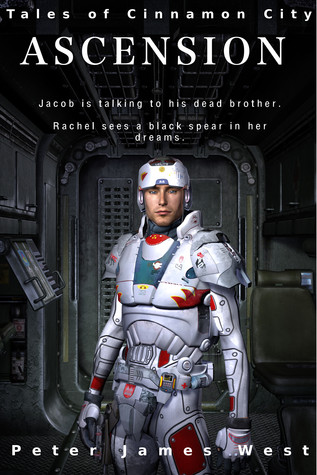 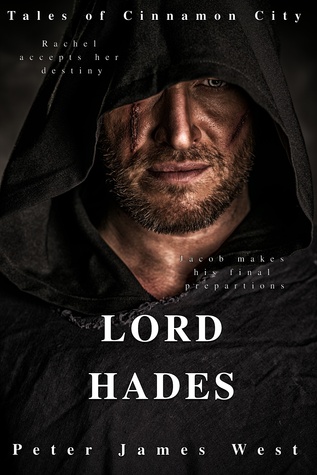 Lord Hades is the fourth novel in the series, mixing elements of military science fiction, adventure and hi-tech action with an epic tale that travels through a vast land.

Rachel prepares for the Second Black Day, but she still doesn't know what form it will take. The future is full of uncertainty and she knows she can't face this challenge alone.

Lord Hades must abandon her to pursue Lord Malkor into the Blasted Lands, but he offers her help in his own way.

Meanwhile, Jacob has become leader of the Kamari. Without his father's interference, he is free to pursue his own twisted goals.

The clerics are leaving. The guilds are in turmoil. Central Command must prepare for the Second Black Day.